A new device offered by Undercover Colors can help drinkers eager to learn how to detect date rape drugs in their cocktails.

A new drug detection product that works similarly to a home pregnancy test offers a new single-use answer on how to detect date rape drugs. Undercover Colors, known for its North Carolina State University student-developed nail polish prototype that, with a dip of a varnished finger nail in a cocktail, could alert a person that a drink has been contaminated with a date rape drug, recently launched Let's Be Clear.

How to Detect Date Rape Drugs with Lets Be Clear 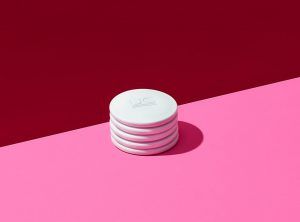 The test is about the size of a quarter. Remove it from its foil pack, put a healthy drop of a drink with a finger on the device, and results can be seen in as quickly as 30 seconds -- though the test could take a full three minutes to complete.

The company is offering Lets Be Clear to screen for common date rape drugs instead of the nail polish in part because a test device is gender-neutral and portable:

"There are several reasons why the product has evolved — from the limitations with the chemistry of the nail polish format to consumer feedback throughout our development process. gender neutral, portable, discreet and accurate, and we believe the product we have today meets those needs."

At present, it costs consumers about $5 per test to detect date rape drugs if buying through the website.

Undercover Colors explains in this video that the device is also an educational tool that addresses drug facilitated sexual assault -- a conversation starter for early adopters of the technology:

Other products on the horizon include a napkin prototype called KnoNap that tests for 26 types of drugs.

How to boost your organization’s cybersecurity, including getting grant funding (infographic)

It’s time to break up with Excel