A dispatcher trainer and a police chief offer tips that can help first responders consider bias and stay within fourth amendment rights when receiving or following up on suspicious person calls.

During the "Combatting Unconscious Bias" presentation at the APCO 2019 Career Advancement Center last month, Beth English, ENP, program manager with HigherGround Training, a PSAP QA/QI program, said we all have unconscious biases. She addressed how dispatchers can keep those personal biases out of the workplace -- with co-workers as well as callers.

Learning is hard. Unlearning is even harder," she warned, as she advised dispatchers to take cultural diversity training and "get exposed."

Learn How to Change Your Own Biases 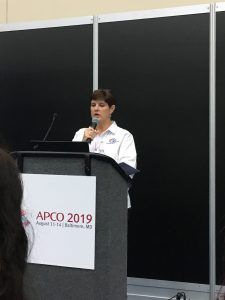 English's presentation is available to review and download below.

3 More Tips from a Police Chief

"A citizen being contacted by the police will not describe that contact with the legal precision of rulings on the fourth amendment to the Constitution. 'The cops stopped me' will likely be the description regardless. Their story can be positive if officers engage lawfully and appropriately."

This insight, along with the following three key pieces of advice, can also be helpful to public safety telecommunicators.

Schultz breaks it all down in the following article excerpt:

Police officers are very aware of that so-called “sixth sense” that makes them take a second look at a situation.

We know two things about this seemingly extrasensory perception. The first is that this is a gathering and assessment of facts that happens at an instinctual level. This is a brain process so automatic that it takes an intentional effort to break it down and articulate what is making something or somebody “suspicious.” The second thing we know about the sixth sense, now that we understand it is quite rational and not supernatural, is that merely labeling something as “suspicious” has zero credibility in a court of law.

The citizen who gets the feeling that someone or something is suspicious is not likely to have the ability to articulate why they have that feeling. A police officer will report that a person was walking in shadows rather than the main portion of the sidewalk, that the person was looking constantly over their shoulder, that their arms weren’t swinging naturally but being held close in a manner consistent with concealing something heavy under their shirt, and that the person was wearing a coat on a hot day. The citizen is likely to say, “I don’t know, it just seemed suspicious.”

Must we mistrust that citizen’s vague concern? Do we allow dispatch to screen out those calls for lack of concrete reasons? Should officers ignore potential criminal behavior for fear of being accused of biased policing?

The officer should respond to the concern and make his or her own observations. Deciding whether to make a consensual contact or an investigatory stop must be based on the totality of circumstances, only one of which will be the call from a concerned citizen. Lacking any other articulated facts to justify an investigatory stop, the officer will either make a consent contact or clear from the call.

For the officer, a clear understanding of contacts is essential. The basic rule is that the more articulated facts the officer has, the longer and more restrictive the contact can be. With zero facts, the officer is left only with a consensual contact.

The citizen must be allowed to walk away and refuse to answer any questions if the contact lacks a factual basis.

Using consensual language is essential to preserve the non-confrontational context of a contact. Asking permission to chat, asking for help in observing for suspicious activity, thanking the person for their time and a conversational demeanor can preserve a positive contact. Expecting a normal amount of nervousness, hesitation and even hostility, the officer cannot use the subject’s invocation of their rights as a foundation for moving into an investigative stop.

EnglishB_UncosciousBias by Ed Praetorian on Scribd

US set to remove 5 groups from foreign terrorism blacklist