A free platform funded by DHS puts school staff and law enforcement officers together in a geospatial training ground to prepare for emergencies.

What if you could take care of all your emergency training needs, such as active shooter, fire, and major storm, with one tool?

What if that tool allowed school resource officers (SROs) and school administrators to work collaboratively with law enforcement, fire and EMS?

And what if that tool was also free?

You can find the answer to all of those “what ifs” here, where you can register for and access the Enhanced Dynamic Geo-Social Environment (EDGE), a free virtual training platform funded by the U.S. Department of Homeland Security Science and Technology Directorate (DHS S&T). 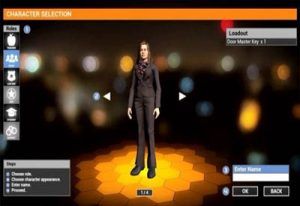 Although EDGE is built on the Unreal 4 gaming engine, it does not resemble a traditional video game with pre-programmed respond-and-react scenarios. Rather, it provides a setting where SROs, teachers and administrators, law enforcement and other first responders control avatars and role play to scenarios designed by their own trainers to fit their community, their policies and their procedures. One individual can’t sit down and play EDGE like a game; it requires an experienced trainer to design events, in addition to participation from members of a variety of disciplines.

After EDGE launched with a hotel setting in July 2017 (see “Virtual Training Tool Allows First Responders to Train Across Disciplines and Jurisdictions,” November 2017 TechBeat), DHS S&T Program Manager Milt Nenneman and the rest of the development team realized the need for a companion school environment. Working with the West Orange school district in New Jersey and its SRO supervisor, Lt. John Morella, the team visited a campus to film and replicate the school for EDGE. In the meantime, they also worked with Amanda Klinger, director of operations for The Educator’s School Safety Network and Amy Klinger, co-founder and director of programs, along with various administrators, SROs and educators to ensure that the module’s design met school safety and security needs.

“The unfortunate reality is that some 65 percent of active shooter incidents are resolved before law enforcement gets there,” Nenneman says. “We wanted a tool that schools could use to train to their own policies so that they could mitigate threats, or even prevent them if possible. There are roles for administrators, teachers and even students. The tool gives them the capabilities they would have if they were actually in their school, and gives them a chance to practice their own policies and procedures.”

The true richness of the tool, he says, lies in the ability to train together with first responders on how to react during an event. Although it’s seen primarily as an active shooter tool, it’s “open sandbox” and can be used for conflict de-escalation, a hostage situation, a fire or any other type of emergency the school wants to design.

“Active shooters, as we know, are statistically rare,” says Bob Walker, EDGE program manager with DHS S&T partner Cole Engineering Services, Inc. “There are a lot of other types of emergencies, and EDGE is the perfect tool to train for all of them.”

That training capability doesn’t stop when the scenario ends. EDGE allows the trainer to replay all or part of the scenario from the point of view of any participant, creating an opportunity for analysis of response and discussion about ways to improve that response.

For example, a teacher might see a student in the hallway and order him to come into the classroom for lockdown,” Walker says. “The student may or may not listen. The teacher then must decide whether to focus on rescuing that one student or concentrating on the others already in the classroom. You can put a policy about what to do on a PowerPoint slide, but EDGE lets teachers actually make that rapid decision in a safe training environment. Later, there’s time to review that decision and its consequences. You can’t do that in real-life training drill.”

The importance of allowing teachers to train and make those kinds of decisions became apparent during beta testing, Walker says, and that beta testing proved invaluable in seeing how first responders and educators interacted during training: “You can see that first responders get a lot of training. They know what to do, and as events unfold, they are laser focused. For teachers, there’s a realization that there’s a man with a gun, or two girls were yelling at each other and suddenly one of them pulled out a weapon. In the end, the teachers said it was an amazing way to learn that felt very immersive.”

Amanda Klinger echoed his thoughts by saying that instructors need to be aware of the skills and abilities of the individuals who are using EDGE.

“You don’t just sit people down and say ‘here, it’s going to train you,’ ”she says. “The fact that it’s open sandbox and can be tailored to the needs and abilities of each school is really powerful. You can use it for de-escalation tactics, for communication scenarios, for all types of emergencies. It’s important that instructors design scenarios where teachers get a chance to make some of those emergency situations. Training shouldn’t focus on first responders while teachers just get shot at.”

EDGE allows schools to make emergency decisions by following their own policies; it contains no recommendations from the government on how to react. However, registered users can access a train-the-trainer manual, a users’ manual, and some short video vignettes and tutorials that will help them realize all of the tool’s capabilities. Plans are also underway for some train-the-trainer instruction.

“In the end, the majority of real training takes place during the after-action review. Being able to replay the scenario from every trainee’s vantage point is a great way to get to those teaching moments,” Walker says. “That’s where a well-trained instructor team comes in. If they’re prepared to let things unfold and then ask the right questions about the decisions, that’s when you get people talking, thinking and learning.”